Nigeria has been ranked among the worst countries where rights of citizens are abused in terms of freedom of speech and space to associate, among others.

CIVICUS Monitor, an international organisation involved in global research collaboration in rights of citizens, stated that its findings are based on data that rates and tracks respect for fundamental freedoms in 196 countries. The report, sent by Matthew Reading-Smith, Communications Coordinator, CIVICUS, stated that the body has downgraded Nigeria from ‘obstructed’ to ‘repressed’ in its People Power Under Attack 2019, adding that ‘a repressed rating for civic space means that democratic freedoms – such as the freedom of expression, peaceful assembly and association – are significantly constrained in Nigeria.” Continuing, the report said that, “The rating changed after a thorough assessment of the state of civic freedoms in the country and comes after a year of regular monitoring. The CIVICUS Monitor is extremely concerned about attacks on journalists, disruption of protests and the use of restrictive laws to stifle dissent and opposition. “The past year saw several journalists physically attacked, arrested and judicially harassed in Nigeria. In several cases, the Cybercrime Act and Terrorism (Prevention) (Amendment) Act 2013 has been used against journalists and bloggers. These include journalist Agba Jalingo of online news outlet CrossRiverWatch, who was arrested on 22nd August 2019 and is facing treason and terrorism charges. He remains in prison in Calabar. “Journalist Jones Abiri was arrested again on 30th March 2019, and charged with terrorism, sabotage and cybercrime. He was released on bail in October 2019. He was previously illegally detained for more than 2 years without being presented in court. “The CIVICUS Monitor is also concerned about the disruption of protests and the detention of protest leaders. Several anti-government protests – such as the #RevolutionNow protests and protests of the Islamic Movement of Nigeria (IMN) – have been repressed. Omoyele Sowore, organiser of the #RevolutionNow protests and publisher of the online media outlet Sahara Reporters, and student and activist Olawale Adebayo Bakare, were arrested in connection with the protests, which called for good governance in Nigeria; they were charged on several counts, including treason. “On several occasions, authorities have flagrantly disregarded court orders for the release of activists and journalists. This includes Omoyele Sowore, who remains in prison despite a court order for his release,” the report stated. Incidentally, Omoleye Sowore who was released from prison only on Thursday after months in the detention of the Department of State Security (DSS) was on Friday rearrested inside a court, a situation that caused wild drama. The CIVICUS Monitor report stated that Nigeria is currently ranked among other repressive regimes like Cameroon, Congo, Somalia, and Zimbabwe. The rating it said, is based on close to real-time monitoring of basic democratic freedoms “which are being routinely violated in country. This decision was taken after a thorough assessment of data which human rights observers have been collecting over the past three years. Nigeria previously had a civic space rating of “obstructed”. “The Monitor is also concerned by the Nigerian government’s proposed use of restrictive legislation to muzzle opposition. The Senate is currently considering ‘The Protection from Internet Falsehood and Manipulation Bill’, which would make statements on social media which may ‘diminish public confidence’ in the government punishable by a fine and/or three year prison sentence. If passed, this law would allow the authorities to order a shutdown of internet access and social media,” the report lamented. Continuing, the report said that “Nigeria is not alone in its attempts to harass and intimidate protesters. The CIVICUS Monitor has found that the most common civic space violation in Africa is protest disruption. This is reflected in places like Sudan, Guinea and Zimbabwe, where mass protests in 2019 were met with excessive use of force. Additionally, censorship is the second most common violation found in the region.” According to the report, the organisation, CIVICUS Monitor collaborates with over 20 other world bodies to provide an evidence base for action to improve civic space on all continents and has posted more than 536 civic space updates in the last year, which are analysed in People Power Under Attack 2019. It added that Civic space in 196 countries is categorised as either closed, repressed, obstructed, narrowed or open, based on a methodology which combines several sources of data on the freedoms of association, peaceful assembly and expression, emphasising categorically that Nigeria is now rated REPRESSED, the worst level of impunity against citizens.
‘My boobs get me the most attention’ – Actress Peju Johnson
DOWNLOAD EP: Debobe - Feelings & Vibes
Share to...
‹‹‹ 1 Last
(Pages: 1 )
Related topics... 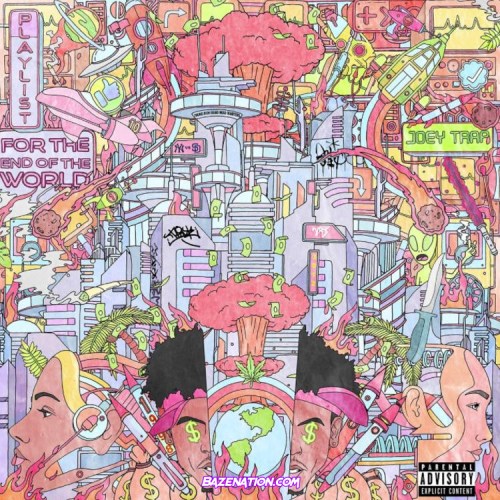